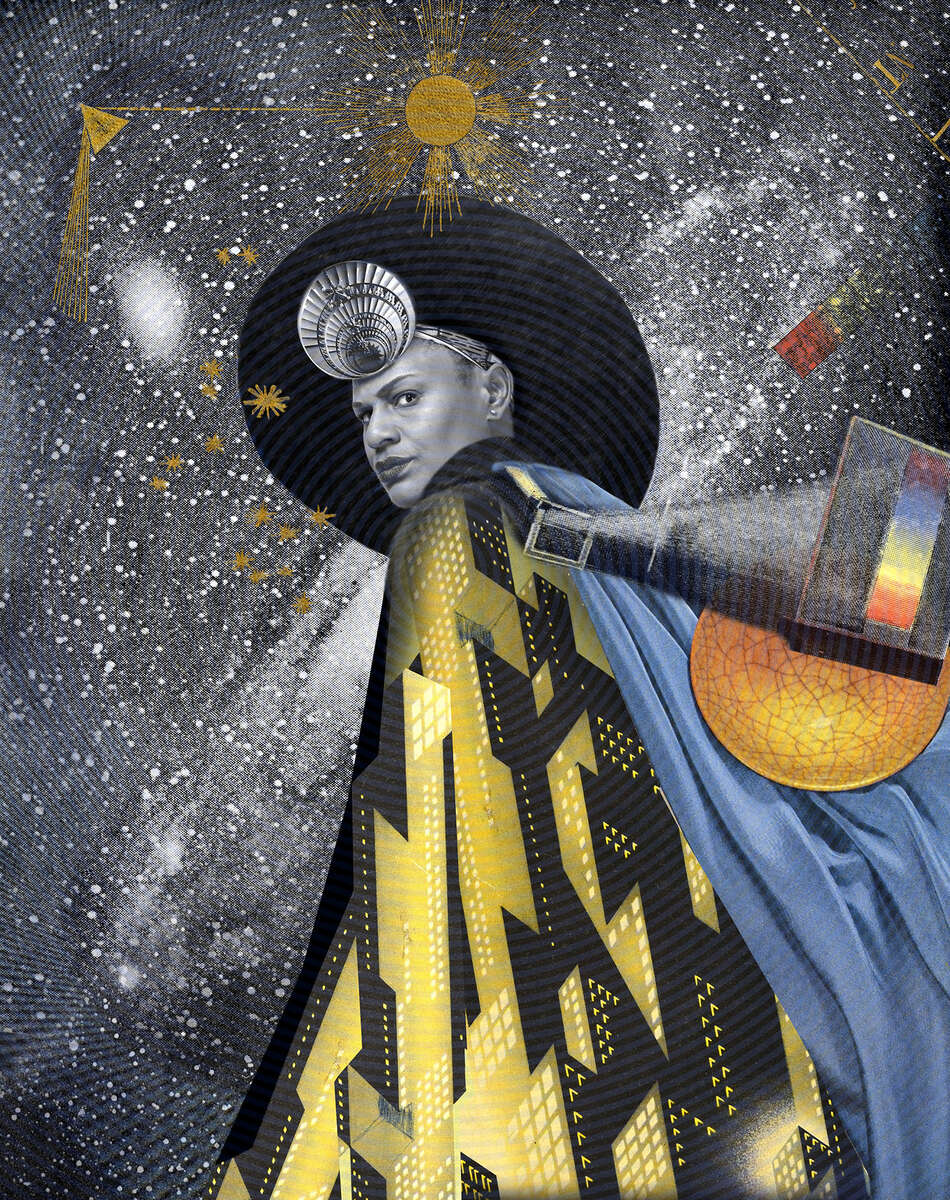 Interview: From Life Magazine to Women in Space: A Conversation with Paula Gillen

From the 1970s onward, artist Paula Gillen has worked in photography, installation and collage to critique societal expectations and reductive media stereotypes. Her practice is grounded in appropriation and photographic re-enactment, aligned with the work of feminists like Barbara Kruger, Martha Rosler and Cindy Sherman. Unlike many artists associated with the Pictures Generation, however, Gillen approaches subjects such as gender oppression, racial strife, crime and politics with funky sets, saturated color schemes and a punchy wit.

As a young artist, Gillen lived in Baltimore and Chicago, finding freedom and inspiration in these cities to develop an aesthetic all her own. In “Charm City” — Baltimore’s nickname coined in the mid-‘70s as part of a civic boosterism campaign — Gillen worked in documentary and staged photography, influenced by the burgeoning punk scene, conceptual art and the subversive camp of cult auteur John Waters. In the early 1980s in Chicago, she turned to dark, psychological subject matter, employing theatrical lighting and projection techniques to conjure a postmodern noir sensibility. Gillen then pursued a career as a photo researcher and editor in New York for two decades. Her recent digital collages draw from her extensive research background, combining vintage imagery with new photography to imagine a feminist utopia in outer space.

Her exhibition at Ten Nineteen takes its name from Gillen’s self-published book Head Trip: The ‘80s, a survey of her photography produced between 1975 to 1985. The show pairs work from her early career with collages from her series “Superpower Women in Space” (2018–ongoing).